01 Photograph, CONTEMPORARY & 20th Century Interpretation of the Bible! With Footnotes - 33 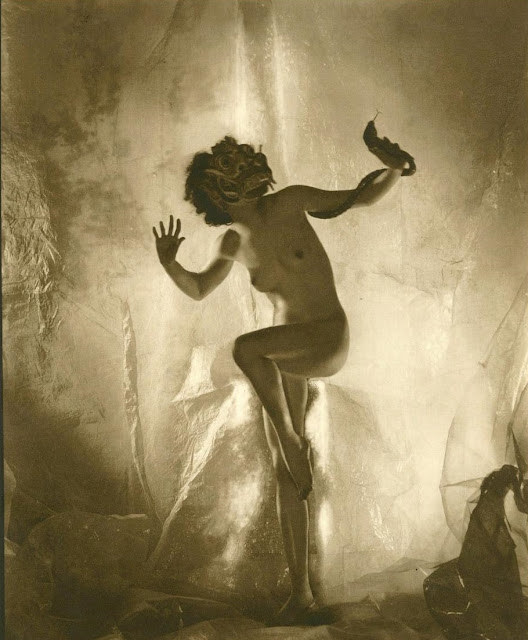 Devil Dance is a Western description from the early 20th century for the Tibetan Buddhist ritual dances known as 'cham or Chhaam. Cham are often performed by monks in costume, and it is from these costumes that the description “devil dance” derives.


'Cham are performed to purge, cleanse, combat evil, and bring good fortune, as well as to serve as a means of meditation for the participants. More on Devil Dance


Bird became known for his images of nudes and jointly set up a studio, Photo Centre Ltd., with John Everard and Horace Roye in 1939. From 1958 he was chief photographer for J. Russell & Sons, eventually purchasing the business in 1961. From 1958 to 1967 he was the official photographer for the National Photographic Record, initiated by the National Portrait Gallery to record important and influential citizens. He was a fellow of the Royal Photographic Society.

Early in his career Bird worked mostly on advertising commissions and portraits that were published in periodicals such as Theatre World and Tatler. He became famous for his images of nudes and was a rival of the photographers John Everard and Horace Roye. As the intense competition was harming their business, they eventually decided to cooperate instead, which led to them in 1939 setting up a joint company called Photo Centre Ltd.


He was elected a member of the Royal Photographic Society in 1936, gained his Associate in 1937 and Fellowship in 1948. He held a one-man show of his work at the Society's house at 16 Princes Gate. He remained a member until his death on 4 March 1969. More on Walter Bird