01 Work, RELIGIOUS ART - Paintings from the Bible by the Old Masters, 5i 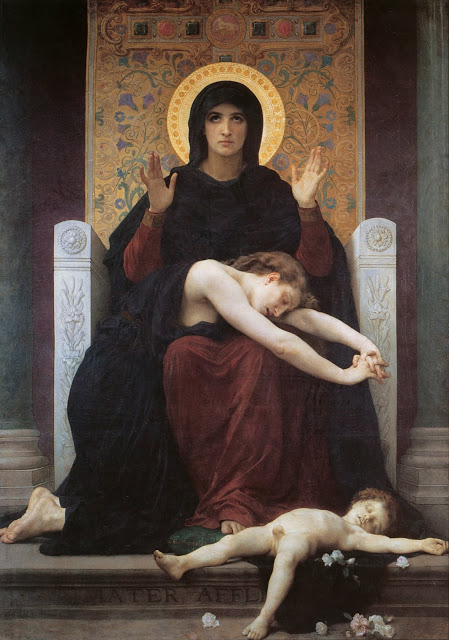 The origin of this invocation is derived from the Augustinian monks who propagated this particular devotion. In 1436 the Confraternity of the Holy Cincture of Our Lady of Consolation was founded in Bologna, Italy. It was based on an Augustinian tradition which holds that Saint Monica in the fourth century, was distraught with anxiety for her wayward son, Augustine, and that Mary gave her a sash which the Virgin wore, with the assurance that whoever wore this belt would receive her special consolation and protection.[2] Along with Augustine, and Monica, Our Lady of Consolation is one of the three patrons of the Augustinians. The "Augustinian Rosary" is sometimes called the "Corona (or Crown) of Our Mother of Consolation". More on The Virgin of Consolation