01 Works, RELIGIOUS ART - Paintings from the Bible by the Old Masters, 5h 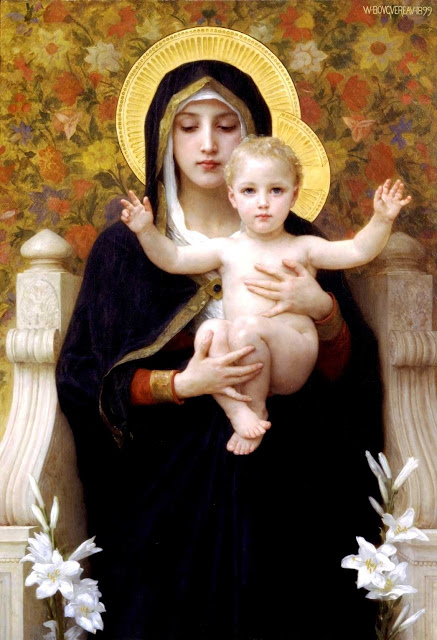 The Madonna of the Lilies depicts Mary as a seated figure, a pose which has been favoured in religious iconography since the fifteenth century. The child is lovingly supported by his mother while his arms reach out to the viewer. White lilies placed around her throne symbolise chastity and purity. More on Madonna of the Lilies