01 Work, RELIGIOUS ART - Paintings from the Bible by the Old Masters, 5j 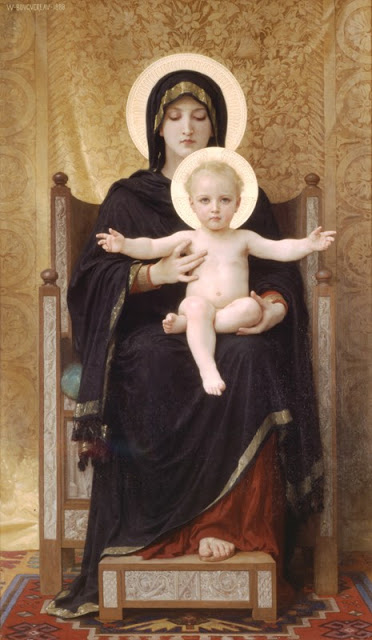 The seated Madonna and Child is a style of image that became particularly popular during the 15th century in Florence and was imitated elsewhere. These representations are usually of a small size suitable for a small altar or domestic use. They usually show Mary holding the infant Jesus in an informal and maternal manner. These paintings often include symbolic reference to the Passion of Christ. More on The Seated Madonna