01 Work, RELIGIOUS ART - Interpretation of the bible, Latin American Painting of Mary with Jesus, with Footnotes - #183 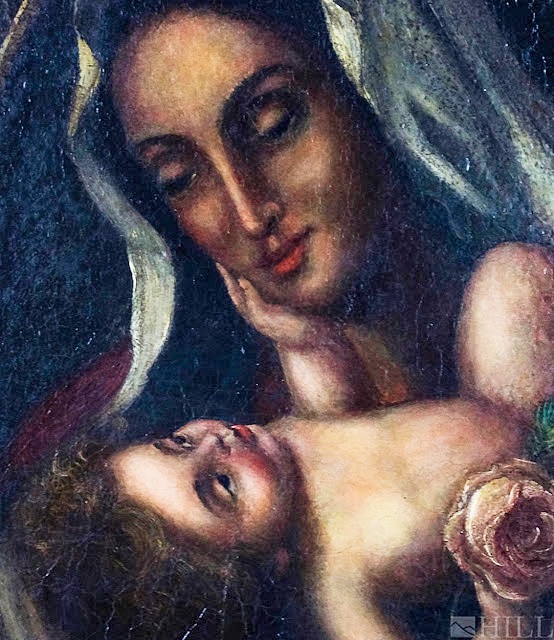 Latin American art is the combined artistic expression of South America, Central America, the Caribbean, and Mexico, as well as Latin Americans living in other regions.

The art has roots in the many different indigenous cultures that inhabited the Americas before European colonization in the 16th century. The indigenous cultures each developed sophisticated artistic disciplines, which were highly influenced by religious and spiritual concerns. Their work is collectively known and referred to as Pre-columbian art. The blending of Native American, African and European cultures has resulted in a unique mestizo tradition. More on Latin American Painting