01 Work, 20th Century Interpretation of the Bible! With Footnotes - #42 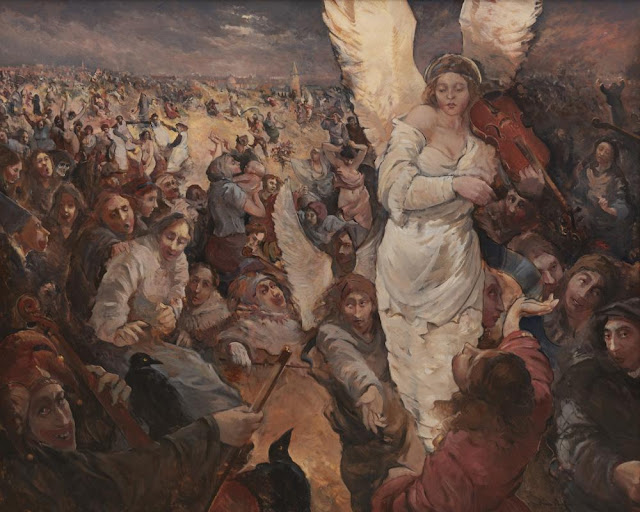 Glen Preece (b.1957), started painting when he was 10 when he sold his first 3 paintings in an exhibition in Sydney. During his later studies in Sydney he was initially condemned by his tutors as too traditional but his talent was quickly recognized by the late John Brackenreg. A hugely influential figure in the Australian Fine Art, Brackenreg immediately gave the prodigious Preece a solo show – it sold out on the opening night.

Representational art, mainly the French and Australian Impressionists, inspired his work for many years. He is also fascinated by movements such as Expressionism and Fauvism. His interiors hint, as the German Expressionists did, at a seamy underbelly of city life - Left Bank cafes that suggest the abandoned feel of after-hours isolation. However Preece seems to reject the cynicism of the Expressionist movement, imbuing his paintings instead with the warm ochres and umbers which originate in the rich earth of his home country. More on Glen Preece