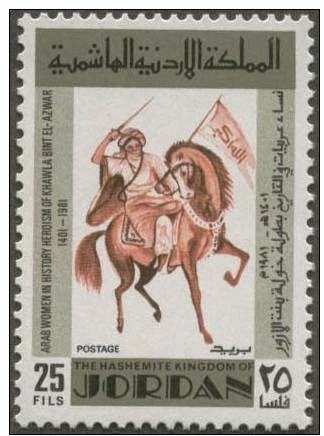 Khawla bint Al-Azwar, who lived in 7th Century Arabia, was the daughter of a powerful chief of the Bani Assad tribe. As a young girl Khawla learned swordsmanship and literary from her brother  Zirrar, a well-known local warrior-poet. Zerar, as the son of the chief, had been trained from birth in the art of literature and war. 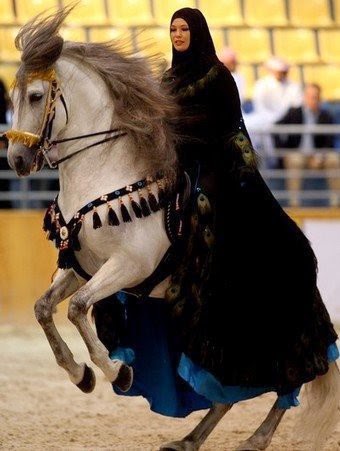 Khawla and her brother were early converts to the religion of Islam, in the early 600s, and participated in the entire Islamic Conquest, as the sons of the Prophet conquored most of the Middle East civilizations. She served as a nurse and a healer, and fought as a front-line warrior.


Traveling with general Khalid bin Walid in Palestine, Syria and Jordan, Khawla was one of a team responsible for patching together gaping sword wounds, bringing water to dying men, and replacing bandages and cleaning out wounds.

One of the most important events in that period was the famous battle near the Yarmouk River in August 636, in which the Arabs completely crushed Byzantine army.

One day, during a battle against the Byzantine Empire outside Jerusalem, Khawla was watching the battle from a ridge when she saw her brother Zerar get knocked from his horse and dragged off by Byzantine troops as a prisoner. Rather than sit back and weep about over her brother, Khawla ran to the supply tent, grabbed a suit of armor, threw on a black robe with a green sash, turned a black strip of cloth into a mask that concealed everything on her face except her eyes, and rode out into battle on horseback carrying a heavy spear and a scimitar. 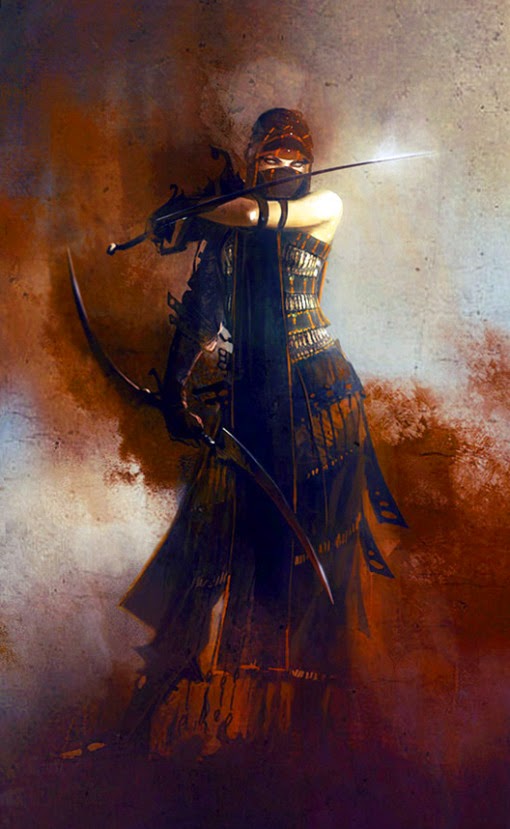 Stories written down from people who were there claimed that they just saw a knight in a black hood blasting into the Byzantine lines, swinging around a spear that dripped blood, and massacring everything in the way. One man mentioned that he thought this warrior fought with such fury that it must have been Khalid himself. 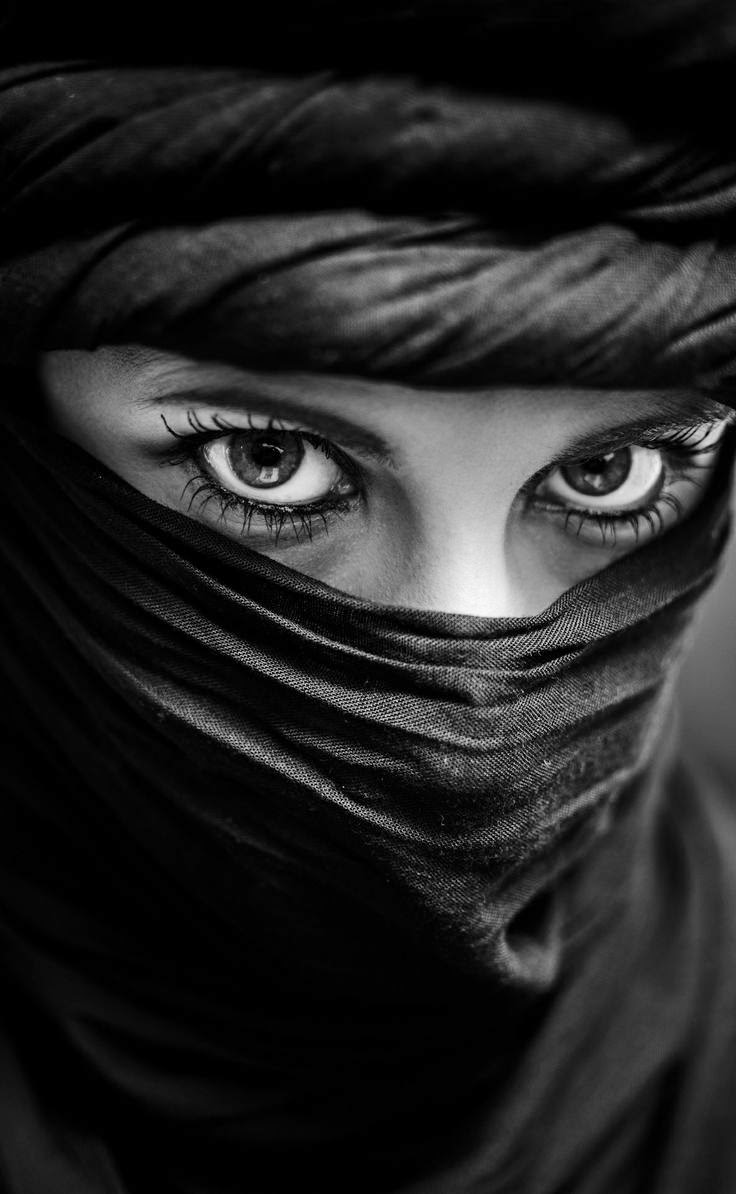 When the real Khalid arrived, he saw this one worrior wasting an entire battalion singlehandedly, and ordered all of his men to attack; he even sent a trusted member of his personal bodyguard out to ensure that the worrior made it through the battle alive. 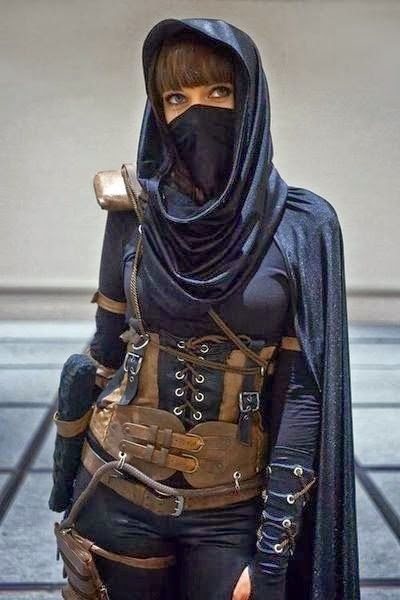 In the battle that ensued, the Byzantines were driven from the field. Khawla had not only helped turn the tide of the battle, but as the Byzantine army was routing she led a small detachment that rode down their ranks, found her brother (and the other Muslim prisoners), slew the guards, and brought all of the POWs back to friendly lines. 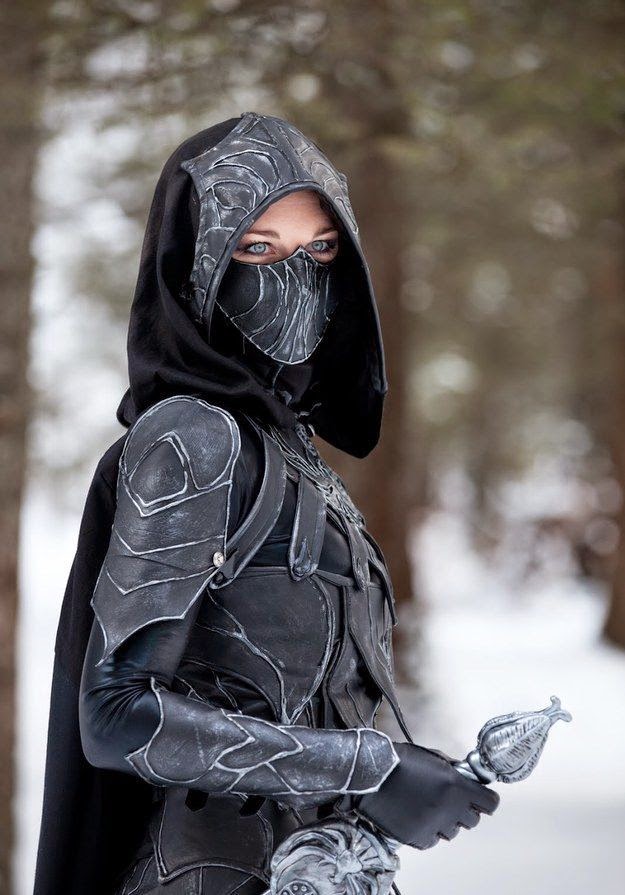 At the end of the battle, Khalid tracked down this mysterious black-clad knight and demanded her to reveal his true identity. Once she revealed herself as a woman Khalid really didn't seem upset, but told her that while she may have started the battle standing with the women, now she was going to fight like a man. From that point on, she continued to serve throughout the campaign, battling on horseback with sword and spear in battles across Palestine, Syria and Jordan, including one fight when she personally rallied a routed Muslim force, re-organized them, and led them in an all-out counter-attack.

Khawla served the rest of the war, eventually married a powerful Arab prince, and is now remembered as one of the greatest female warriors in the Muslim world. 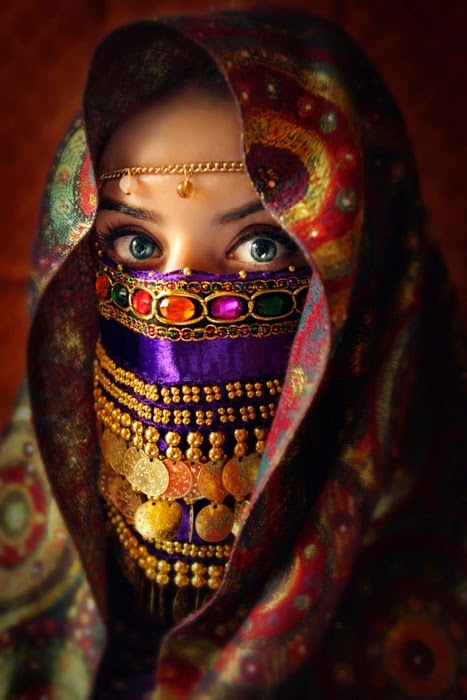