01 Work, Interpretation of the bible, With Footnotes - 172 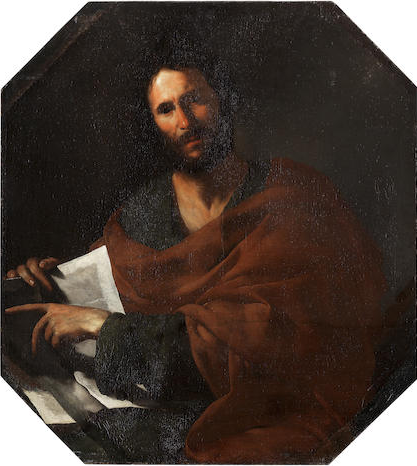 Saint John the Apostle, also called Saint John the Evangelist or Saint John the Divine (flourished 1st century ce), in Christian tradition, the author of three letters, the Fourth Gospel, and the Revelation to John in the New Testament. He played a leading role in the early church at Jerusalem.

John was the son of Zebedee, a Galilean fisherman, and Salome. John and his brother James were among the first disciples called by Jesus. In the Gospel According to Mark he is always mentioned after James and was no doubt the younger brother. His mother was among those women who ministered to the circle of disciples. James and John were called by Jesus “Boanerges,” or “sons of thunder,” perhaps because of some character trait such as the zeal exemplified in Mark 9:38 and Luke 9:54, when John and James wanted to call down fire from heaven to punish the Samaritan towns that did not accept Jesus. John and his brother, together with Simon Peter, formed an inner nucleus of intimate disciples. In the Fourth Gospel, ascribed by early tradition to John, the sons of Zebedee are mentioned only once, as being at the shores of the Sea of Tiberias when the risen Lord appeared; whether the “disciple whom Jesus loved” (who is never named) mentioned in this Gospel is to be identified with John (also not named) is not clear from the text. More on Saint John


Bernardo Cavallino (1616–1656) was an Italian painter and draughtsman. He is regarded as one of the most original painters active in Naples during the first half of the 17th century.
Born in Naples, his paintings are some of the more stunningly expressive works emerging from the Neapolitan artists of his day. Little is known about his background or training. Of eighty attributed paintings, less than ten are signed. He worked through private dealers and collectors whose records are no longer available.
One of his masterpieces is the billowing proletarian Blessed Virgin at the Brera Gallery in Milan. Passive amid the swirling, muscular putti, this Neapolitan signorina delicately rises from the fog, the updated Catholic baroque equivalent of a Botticelli's Venus. His The Ecstasy of St Cecilia exists both as cartoon (Museo di Capodimonte, Naples)[2] and final copy in the Palazzo Vecchio of Florence. Finally, his Esther and Ahasuerus hangs in the Uffizi Gallery.
He is thought to have died during the plague epidemic in 1656. More on Bernardo Cavallino