01 Work, CONTEMPORARY Interpretation of the Bible! With Footnotes - # 38 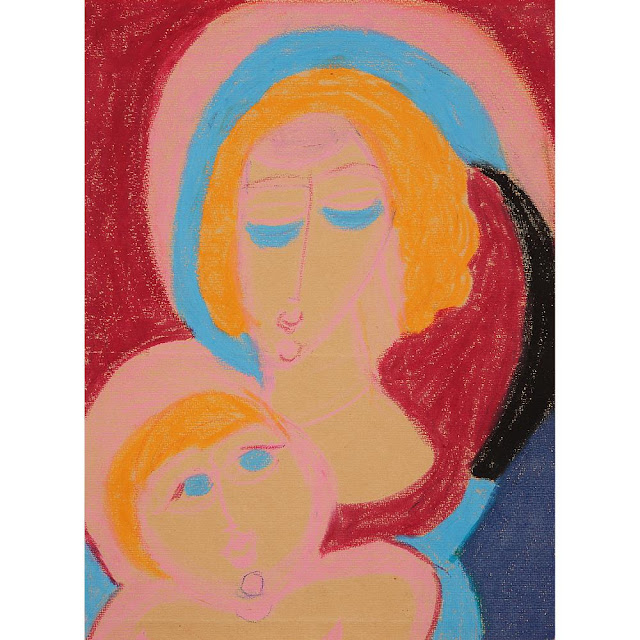 The Adoration of the Magi (anglicized from the Matthean Vulgate Latin section title: A Magis adoratur) is the name traditionally given to the subject in the Nativity of Jesus in art in which the three Magi, represented as kings, especially in the West, having found Jesus by following a star, lay before him gifts of gold, frankincense, and myrrh, and worship him. The Adoration of the Magi

Corbaz was born in Lausanne, Switzerland. She earned her baccalauréat in 1906. Although she dreamt of becoming a singer, Aloïse worked as a dressmaker until leaving for Germany in 1911. She eventually found work as a teacher and a governess, in Potsdam, at the court of German Kaiser Wilhelm II. While there, she developed an obsessive romantic passion for the Kaiser. The start of World War I necessitated Aloïse's return to Switzerland. Her imaginary romance with the Kaiser continued, leading to her being diagnosed with schizophrenia and committed to the asylum at Cery-sur-Lausanne in 1918. In 1920 she was moved to an annex of the hospital, la Rosiere a Gimet, where she remained until her death in 1964

She started drawing and writing poetry in secret circa 1920, but most of her early work has been destroyed; director of the hospital Hans Steck and general practitioner Jacqueline Porret-Forel first took an interest in 1936, and her work was finally discovered by Dubuffet in 1947. He believed Aloïse cured herself by ceasing to fight against her illness, by choosing to cultivate it and make use of it instead.