Europa was a virgin Phoenician princess. She was the daughter of the King Agenor of Sidon and Europe was named after her. 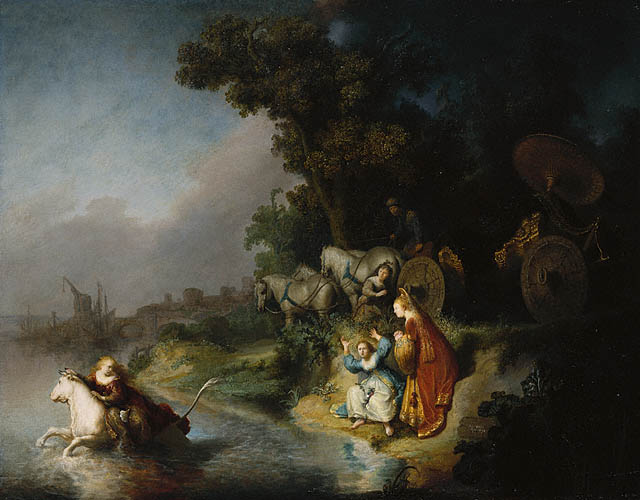 One night, Europa dreamed of two continents, which had taken the forms of women, arguing over her. Asia maintained that since Europa had been born in Asia, she belonged to her. The other continent, which was nameless, said that her birth was not important and that Zeus would give Europa to her. 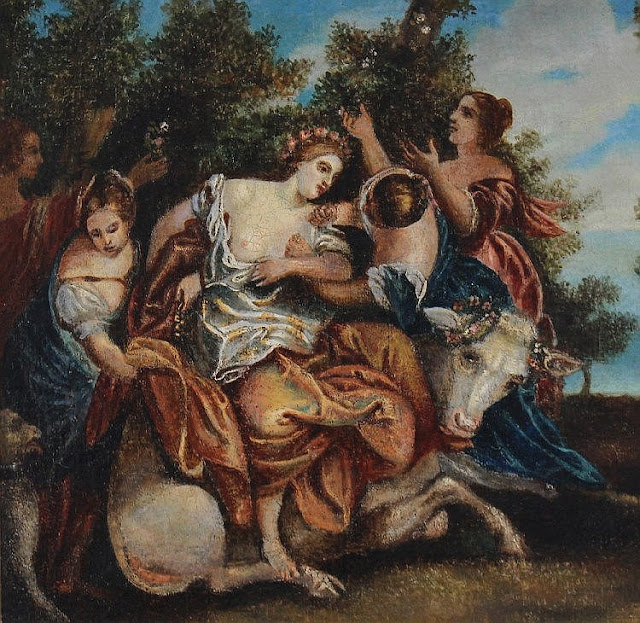 Disturbed by the dream, she summoned her companions and they went off gathering flowers by the sea. Zeus noticed this charming group, particularly Europa, who was the prettiest of the maidens. According to some sources, Eros induced him into action with one of his arrows, although Zeus never really needed much persuasion. 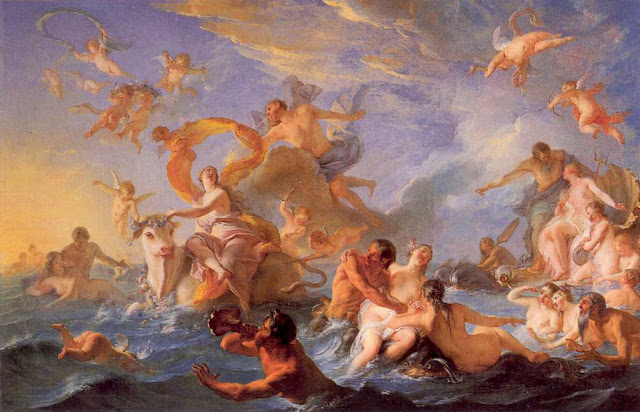 Zeus appeared to the group in the form of a white bull, one that was more beautiful than any other; a bull that smelled of flowers and lowed beautifully; a bull so obviously gentle that all the maidens rushed to stroke and pet it. The bull laid down in front of Europa and she slid onto its back. 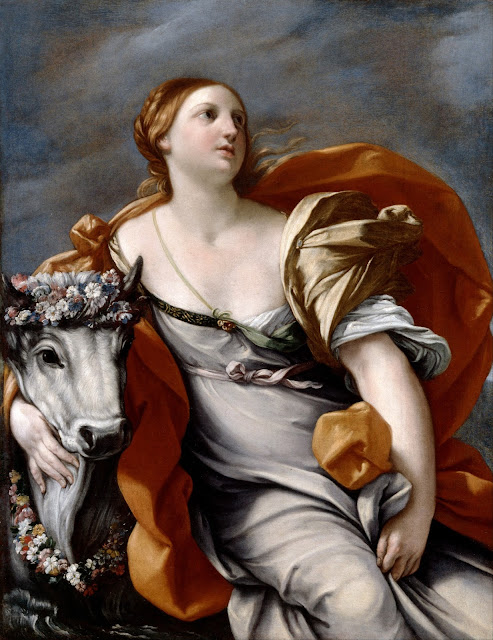 
Europa and the Bull
17th century
Oil on canvas

Instantly, the bull charged off, plunging into the sea, and began to swim rapidly from the shore. Europa saw that a procession had joined them, Nereids riding dolphins, Triton blowing his horn, even Poseidon. From this, she realized that the bull must be a god and she pleaded to pity her. Zeus spoke to her and explained his love. He took her to Crete, where he had been raised, and promised her that she would bear him many famous sons. Her sons included Minos and Rhadamanthus. 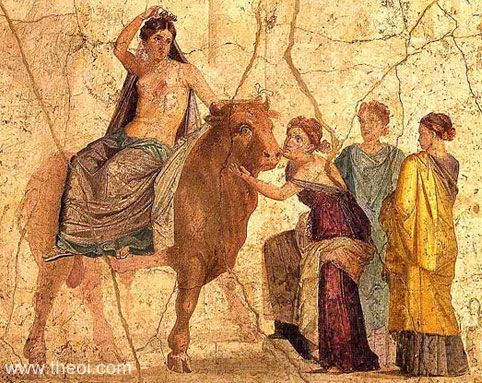